“How do you know when an alcoholic lets go? By the claw marks” – anonymous

Her dad was useless, unpleasant, and then he was gone. Her mom was judgmental, depressing, and clingy, demanding solidarity with her resentments against dad. From an early age Marianne was assigned the role of co-dependent nurturer. Essentially, she became her mother’s life partner. She moved far away to escape and never knew that she had taken her internalized mother along. She was to notice, much later, what a pain in the neck that had been.

She worked and drank, starved and vomited to distract herself from it all and get some tension relief. Then she was taken to rehab. She fell for “the Dude”, an immature and sexualized Peter Pan. A symmetrical buddy relationship began to blossom between equals in similar positions in the special rehab time-out bubble. As “rehab honeymooners” they started out with some easy-fun flirtations to enliven the rehab days, followed by some “totally casual” sex, but they didn’t quit there. It was a sweet distraction while they had nothing much to do, but smoke and go to group.

They had moved on to sober living and she resumed her adult role, while he remained in the carefree recovery mode. When she went back to her high-power position in the finance world and he stayed en route to nowhere… the tables turned. The relationship became more skewed then – she had the pretty house, the car, and some spending money. When he needed rides she gladly cancelled her own appointments to drive him around. Such complementary dynamics can work out, too, as in “opposites attract”, but what happened here was that underlying dynamics played into it. He remained the charming passive overgrown man-child with too much time on his hands - in need for play, entertainment, and sex, of course, for his otherwise empty days. Her frustrations became rapidly less fun for the Dude and he looked elsewhere.

Marianne was sober and outwardly functional, but had not developed a sense of self that included self-love. She had never learned to be her own good mother and take good care of herself, nor did she know of strategies for harmonious and empowering interpersonal relations. She had become a “good girl” to stay under the radar of her mother’s domineering and abusive judgments. In recovery she shifted addictions from alcohol to sex & love, while secretly holding on to her eating disorder. It seemed as though she had discovered a much more joyous way of life than she had ever known before and she was exhilarated for a moment. And then it turned on her. He proceeded to exclude her occasionally and without her agreement. No big deal at first, but the dynamics had shifted unnoticeably. She was stunned with sadness over the Dude gratifying his primary momentary needs like a baby, without considerations for anything beyond himself. She may have been envious, too… He continued to play, but she would have needed some nurture from somewhere. It wasn’t happening, and yet she didn’t know how to let go.

It became painfully clear that he was essentially not available, not reliable, and consequently not such a pleasure, after all, but she held on. The acquired strategy taught by her mother was just that: do everything for him, then moan and complain when he doesn’t do what you want, insist on drawn-out interrogations, where the Dude would have to cringe and lie, and don’t let go… The boy toy became “the straw that broke the camel’s back.”

The continuous emotional upheaval counteracted the benefits of her recovery – it became exhausting and toxic. Genuine companionship was sorely missing and TLC was nowhere to be found… Neither one of them attended to her needs and wellbeing until the time when her physical pain got her attention. Eventually her depleted and exhausted body gave in. Herniated discs in her neck became the physical manifestation of her lifelong burden, eventually forcing her into the realization that her co-dependent role was not working out for a fun relationship with the Dude or herself. The nerves in her left arm began to be numb in such a way that she couldn’t hold on anymore… When she cried over facing neck surgery it became apparent that in all actuality, the Dude was gone… 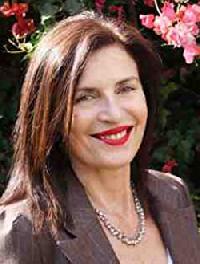