The Truth About Denial

I will break my lifelong pattern of secrecy and silence. I will blow the whistle on denial.

The denial network in many individuals and families is intricate and far-reaching. People in their desperation to put forth the best possible face to the outside world often will covertly cover up painful realities. These realities can include addiction, sexual problems, lack of true intimacy and, in some cases, out and out contempt for one another.

Denial is not a character defect. Denial is the brain’s automatic defense mechanism that can be triggered by many things such as a traumatic event, a dangerous situation or having some one accuse you of something.

Everyone experiences some form of denial. Alcoholics and addicts use many forms of it to protect their right to continue drinking and using – despite the negative consequences of their addictions.

Denial is progressive in that it becomes more pervasive as chemical dependency progresses. Over time, alcoholics and addicts develop massive denial systems that become practically impossible to penetrate. An alcoholic who continues to drink in spite of a diagnosis of cirrhosis is the perfect example of this.

In previous articles, I have discussed the electrical-chemical hijacking that takes place in the brain. This is the result of neurons wiring together by repeated use of addictive chemicals. Addicts and alcoholics experience denial far beyond the typical denial that is thought of in non-addicted people.

The result of an addicted person not dealing with denial is devastating. As recovery professionals, we need to be well versed in identifying, processing and walking our clients through their denial.

Looking at one’s self deeply and honestly may be very painful … and our ego wants no part of it.

Sigmund Freud defined defense mechanisms as tactics developed by the ego to protect us against anxiety. Defense mechanisms safeguard the mind against feelings and thoughts that are too difficult to process.

We often label people as “being in denial”, but what does that really mean?

Listed are several definitions of denial*:

·         Denial is the action of declaring something to be untrue.

·         Denial is the refusal of something requested or desired.

·         Denial is the assertion that an allegation is false (disavowal).

·         Denial is the negation of logic by refusing to admit to the truth or reality of something unpleasant.

Denial is the failure of a person to allow unacceptable or painful truths to be admitted into consciousness. Denial is used as a defense mechanism in which confrontation with a personal problem or reality is avoided by denying the existence of the problem or reality.

There are many types of defense mechanisms related to denial:

Repression: Acts to keep out conscious awareness such as repressed memories of abuse.

Also closely related to denial are defense mechanisms such as projection, rationalization, rejection and reaction formation. I’ll discuss some of these in more detail as I address denial patterns.

I recognize these patterns not only in my counseling, but also in personal self-evaluation. Awareness of the different types of denial and knowing how to illustrate how we use denial, is very beneficial when working with clients.

Avoidance comes in several flavors. Saying nothing, playing dumb or talking about anything but the obvious problem are prime examples of avoidance. Many will try to avoid facing reality by creating conflicts to draw attention away from the core problems.

Minimizing a problem is when a person admits that there is a little problem but thinks it’s not that bad. The mere acknowledgement of the problem indicates progress. Counselors can then build on the above statement by simply asking, “How bad is it?” and “What happens next?”

Rationalizing is the cognitive process in which a person recognizes the problem and then verbalizes the reasons for the behavior. The person attempts to justify the behavior as consistent and normal. It is excusing reactionary behavior with the acknowledged problem or issue.

My favorite rationalization (that I used): “If you were married to my wife, you’d drink too!” Counselors can focus on the underlying cause of the problem, rather than focus on the problem itself, with a question like, “Why is your marriage failing? Followed by, “Is there a chance your drinking or using has anything to do with it?”

Not taking responsibility for one’s addiction, then blaming others for the inevitable relapses, is a common form of deflective denial. An example of such deflection would be a statement such as, “I wasn’t going to use, but my friend stopped by and he always talks me into it … you know, he’s really an addict.”

An example of isolative thinking would be making the statement, “I don’t know how it happened; I just ended up passing out,” or “It’s not my fault I’m late. I lost track of time.”

Shame is a painful emotional state caused by toxic negative feelings about a person’s sense of self and is associated with dishonor and disgrace. Shame is a conditioned belief informed by the past. Although shame is considered to be a conscious emotion, it will trigger denial quickly because of the intense pain associated with it.

Guilt is considered a learned behavior, a personal judgment of one’s own action or lack thereof. Though still a trigger for denial, the regret involved is not internalized deeply as with shame. Shame equates to being a bad person while guilt is derived from making a mistake in judgment or action.

Embarrassment is an emotional state a person experiences upon having a socially or professionally unacceptable act or condition witnessed or revealed to others.

Anger is an emotion related to feelings of annoyance, displeasure and hostility. There are many forms of anger to include authentic anger and toxic anger. The usual source of anger is fear.

Fear is the emotional response to a perceived threat. Fear is a basic survival mechanism and can be associated with the fight-or-flight response in the brain. Fear is a basic human emotion that is the catalyst for anger, resentments and prejudices.

3.      Process the information the client has given you so you can easily point out his or her denial patterns at a later time.

4.      Identify denial to the client as it occurs if it is interfering with an immediate solution.

5.      Educate clients on denial and role-play so they can observe denial in others.

The key word in dealing with denial is awareness. Denial is an unavoidable human defense mechanism. Awareness of our own denial patterns will help us catch ourselves in the act. It also helps us to identify, process and help others with denial.

There is much more complex information on denial and defense mechanism available, but knowing all the terms and labels are not as important as recognizing it when you see it and knowing how to deal with it.

(*Note: The definitions used in this article are my interpretations from many different sources. I used the best descriptions that apply to the intent of this article.) 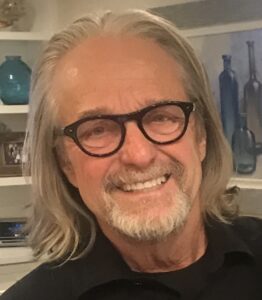