Most people can tell you what a trigger is and can provide examples of triggers, but very few can tell you what makes a trigger a trigger. In fact, many in our profession will teach patients how to identify triggers, but do not explain the mechanics behind it. If we don’t know what makes a trigger a trigger, the only thing we can teach patients is to avoid them. How much success do you think our patients will have avoiding triggers living in a society permeated by alcohol and drugs? Probably not very much. Therefore, it is essential that we are knowledgeable about how a trigger actually becomes a trigger so we can teach our patients how to recover from triggers. Yes, recover from triggers – we’ll get to that in a moment. But first, let’s explore the etiology of triggers.

Terence Gorski, a pioneer in relapse prevention, defines a trigger event as “any internal or external occurrence that activates a craving (obsession, compulsion, physical craving, and drug-seeking behavior)” (Gorski, 1988). In breaking down this definition, internal occurrences are thoughts or feelings, and external occurrences involve the five senses: sight, sound, smell, taste and touch. In order for something to be a trigger, such an event must be connected in some way to the person’s using. The event must also happen just before, or simultaneous to, the actual use (Gorski, 1988). The most important thing to know about what makes a trigger a trigger is its connection to the use.

A simple way of explaining this is by relating it to classical (or Pavlovian) conditioning. Ivan Pavlov was a Russian scientist who won the Nobel Peace Prize in 1904 for his research in digestive processes. While studying the relationship between salivation and digestive processes in dogs, he would show a dog meat powder and measure the resulting salivation level of the dog; they did this repeatedly. One day, Dr. Pavlov noticed that when he walked into the lab, the dog started to salivate even before showing it the meat powder. There appeared to be some connection made for the dog between Dr. Pavlov and the meat powder, which caused it to salivate. To study this phenomenon, he added a third variable (a bell) and rang it just prior to showing the dog meat powder and measured the resulting salivation level. He did this repeatedly: bell -> meat powder -> salivation, bell -> meat powder -> salivation. He eventually found that he could ring the bell, not present the meat powder, and the dog would still salivate. Thus, there was a connection made for the dog between the bell and the meat powder that prompted the salivation (PageWise, 2002). For our purposes, the bell is the trigger for the dog’s drug of choice – meat powder – which caused the dog to salivate for, or crave, the meat powder. The challenge for the addicted is to identify the bells (triggers) that cause them to salivate (crave) their drug of choice. This will allow them to avoid or manage such triggers until the time in their recovery comes to start recovering from them.

According to Gorski, there are three phases in the trigger recovery process: avoidance, gradual re-introduction and extinction. Phase I is to “eliminate as many of them as you can, for a limited period of time, until stable” (Gorski, 1988). As stated previously, in very early sobriety, you do not go to bars or other using places; you avoid people who use and drink; and you avoid any other triggers you identify.

“The second phase is a gradual reintroduction of the triggers so that the person can learn how to cope with them” (Gorski, 1988). This does not mean to gradually re-introduce the addict into the crack house or their favorite watering hole, but there are some trigger situations that you should be able to eventually participate in. As stated earlier, alcohol permeates our society and you would have to live a very sheltered life in order to avoid it over the long term. Therefore, in order to lead any kind of a normal life, gradual re-introduction to some trigger situations is necessary. This re-introduction process is best done with the addict’s sponsor or with a therapist or group if he or she has one. The following is an example of this process in my own sobriety.

When I was about 90 days sober and still involved in the aftercare portion of my treatment program, we were invited to the wedding of my wife’s cousin in Chandler, Arizona. I thought: “I’d really like to go!” However, I had learned from past experience that decisions I made on my own in relation to my sobriety were typically bad ones. So I decided to leave it completely up to my group and put it out to them. The consensus was that since I was still working a very strong sobriety program, going to daily meetings and going with my supportive wife, I could probably stay sober if I created a sobriety plan. The group then proceeded to help me put this plan together.

First, they suggested that I carry a Big Book (Alcoholics Anonymous) onto the plane. The thinking was that since flying on an airplane was a trigger for me to drink, it would be difficult to order a drink while holding a Big Book in my hand. The book has an embossed cover so nobody would know what it was and, if they recognized it, they probably have one and I might meet someone in the program.

The next suggestion was to go to 12-Step meetings each day I was in Arizona. They had me call the downtown Los Angeles Central Office of Alcoholics Anonymous (AA) to get the number of the central office in Chandler, Arizona. I was to get a meeting scheduled for each day I was there and, if possible, schedule a meeting for the time of the reception so if I got into trouble, I could simply leave the reception and go to a meeting. In fact, this actually happened – here’s a funny little story:

At the reception, I found myself talking to my wife’s uncle next to the wet bar at his home. Suddenly, someone plopped down a bottle of my favorite whiskey onto the bar right in front of me. After recovering from my slight panic, I excused myself and informed my wife that I was going to a meeting. Fortunately, and I suggest this highly, I got the address and directions from AA’s Central Office, which made it easy for me to go.

I went to the meeting and took a 90-day chip in celebration of my sobriety time. After the meeting, I ended up going back to the reception where everyone was having a great time dancing. This really looked fun to me, but I had never danced sober before. I always had to have at least a few drinks in me first because I was not a very good dancer and cared too much about what other people thought of me. When I had a few drinks, I felt like I danced like John Travolta. So, I concocted a plan to wait for a fast song that I liked, run and slide onto the dance floor while playing air guitar and, hopefully, begin dancing. So a Van Halen song came on and I was off and running. Little did I know that just after I left for my meeting, the bride and groom arrived, walked across the portable dance floor, and everyone followed tradition by throwing rice at them. You can imagine what happened next. As I attempted to slide onto the dance floor, my feet hit the rice and came right out from under me. I hit the floor, followed by two of my wife’s female cousins (one of them the bride!) who I managed to take down with me – one of them right onto my lap. I rose to my feet with my beet-red face and, as I looked around the dance floor, I could see my wife’s family’s reaction, which I perceived as, “There he goes, he’s drunk again” And I was probably the only sober person there.

Anyway, other elements of my sobriety plan consisted of calling my sponsor each day I was there, reading the Big Book for a half-hour each evening and not going anywhere alone. Upon returning, my group and I processed what worked, and what additional program tools I might have used so I could use them the next time I might have to expose myself to triggers.

Through this process of gradual re-introduction, I was able to participate in increasingly more activities in my recovery to the point that now I can do almost anything without being triggered. This is due to the third phase of the recovery process called the “extinction process” (Gorski, 1988). As mentioned earlier, triggers become extinguished when repeated exposure to them is connected with not using, rather than using.

In closing, I believe that we as addiction professionals have a responsibility to prepare our patients for living in a society where alcohol and drug use is prominent. Now that we know how triggers are created and, thanks to the brilliant work of our colleague, Terence Gorski, we also know about the trigger recovery process so we can enhance our patients’ chances at long-term recovery.

Pagewise, Inc. (2002). This study in classical conditioning is one of the most renown for its incredible results. Learn about Pav-dogs! [Online]. Available Internet: 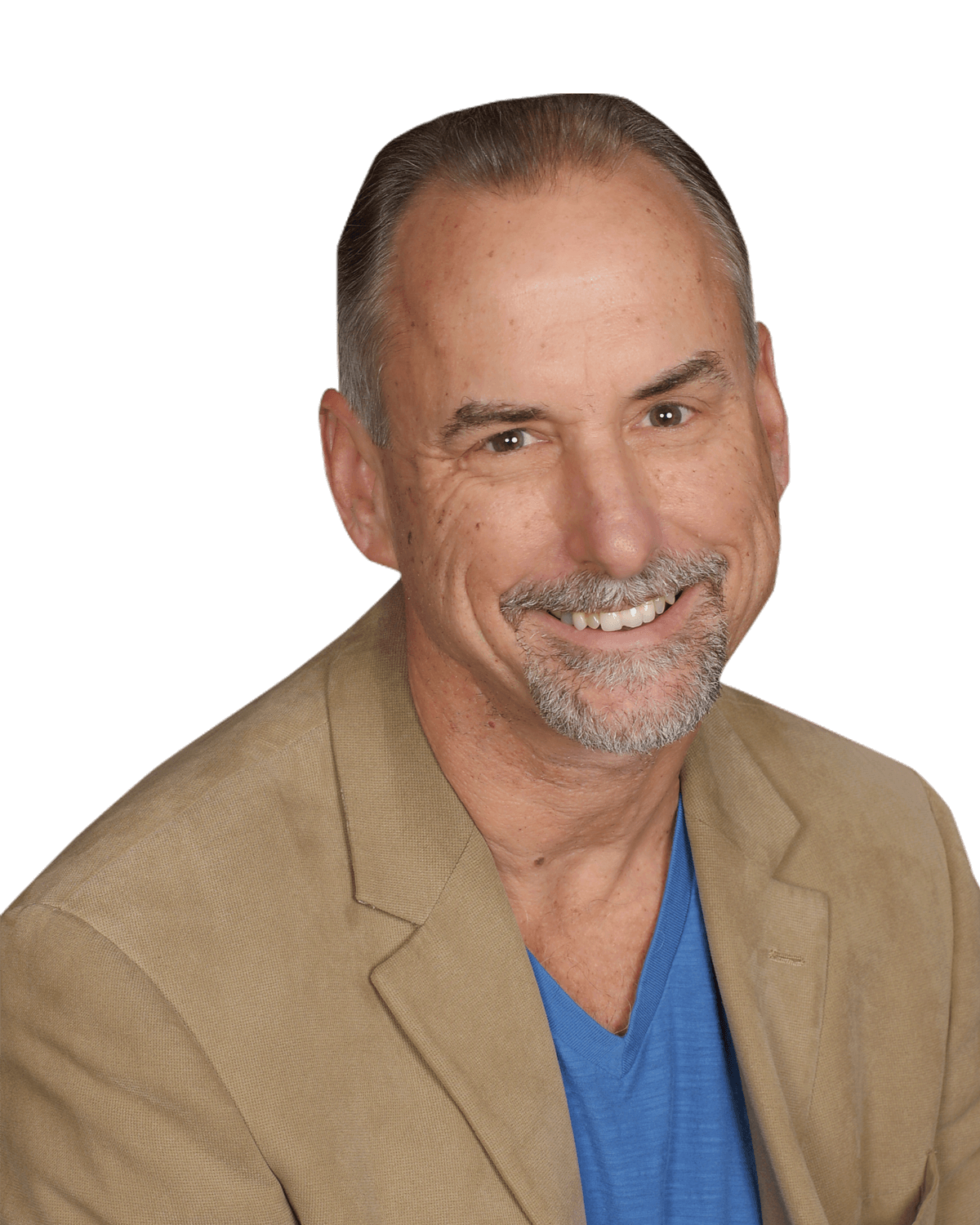 In aiding our patients to prevent relapse, one common area of focus is to help them recognize when...

Observations of an Addiction Group Evaluator: Whose Group...

While group counseling continues to be the most common and cost-effective way of treating addictive...