The statistics are striking. According to the National Survey on Drug Use and Health, an estimated 7.4 million women in the United States, ages 12 and older, are substance abusers who need help.

Even more startling is the fact that more than 90 percent of these women won?t receive the care they need.
Some have no money. Others have no health insurance coverage. And still others, often older women, have an instilled sense of pride and embarrassment that makes it difficult to ask for help.

For experts, this underlies the importance of gender?specific treatment for women. The latest research is confirming that same?sex treatment in a safe and trusted environment is the most effective means of providing help to addicted women.

Consider the story of ?Marie,? a 39?year?old business owner, mother and recovering addict who, from age 19 to 23, thought nothing of tossing back 16 cocktails, and a handful of amphetamines, to reach the perfect numbness. She drank with the intention of blacking out. And, if that wasn?t going to kill her, her drunk?driving habit might have, especially after her second DUI crash.

Even today, the memory of how her life spiraled out of control prompts tears from Marie, which is not her real name. She stresses her doubts about survival had she not been sent to New Directions for Women, a single?sex Costa Mesa, CA?based recovery program in its third decade, that draws patients from around the country.

New Directions offered the clinical tools for recovery she so desperately needed, Marie explained. But she came away with much more.

Marie spent eight months at the New Directions residential treatment center where she felt safe among her peers as she recovered her sobriety, her family relationships, her self?esteem and her will to live a clean life.

After completing treatment at New Directions, Marie made a list of her goals and objectives. She noted how her goals might be taken for granted by those who have never faced gripping addictions.

?I wrote down that I wanted to have a relationship with a loving man, finish my college degree and someday have children,? she admitted. ?Today, I have them all.?

Could she have admitted such dreams in a coed treatment environment?

?Sometimes, around the male presence we edit ourselves,? she continues. At New Directions, ?just being all women, it was a more homey setting to let your feelings out. It was a little bit like a sorority, where we were comfortable with each other to share our experiences and find strength and hope in each other.?

Specialized addiction treatment for women dates to the 1869 founding of the Martha Washington Home in Chicago; Binghamton, New York?s Temple Home, in 1876, and Boston?s New England Home for Intemperate Women, whose doors opened in 1879, according to research.

Still, much of modern programming has been developed with one goal in mind, explained Susan Foster, Vice President of Policy Research at the National Center on Addiction and Substance Abuse at Columbia University in Manhattan.

?Most treatment in this country is modeled after the male heroin addict,? said Foster. ?And very few people understand how women get blindsided by the effects of drugs and alcohol.?

Foster, with CASA executive director Joseph Califano, released the 2006 book, ?Women Under the Influence,? funded by the Bristol?Myers Squibb Foundation and published by The Johns Hopkins University Press.

It details the myriad differences between women and men and how factors from chemical makeup and metabolism to emotional response and reliance on relationships play into how treatment plans must be tailored for women?s unique needs.

?It all comes back to educating the public about how addiction is a health condition,? Foster stressed. ?A lot of people still think it is a bad choice, or something to put in the moral turpitude box.?

Research shows that as many as 70 percent of women who abuse drugs have had histories of physical and sexual abuse. They also use drugs to boost self?esteem and confidence. Because of a range of physiological differences, and even the ratio of fat and water in their bodies, one drink for a woman has the same impact as two drinks for a man, research shows.

Rebecca Flood took over New Directions in 2004, a treatment facility located close to beautiful Newport Beach and the Back Bay environmental area. Before she came on board, the place had already turned around the lives of over 2,500 women. But with a truly ?new direction,? industry experts agree Flood has revitalized the facility, taking advantage of its primary strength: it has treated only women addicts since its founding.

?Women, as we well know, are more relationship?based than men,? said Flood, who herself has been clean and sober for 33 years. ?If we don?t address those relationships in a very significant way, they have higher rates of relapse as a result.?

A&E’s top?rated program “Intervention” filmed its show at the non?profit treatment center on May 24 as a specifically targeted patient began her treatment. New Directions is providing a 90?day program for the woman and is also the site of a monthly Intervention Workshop hosted by A&E Interventionist Ken Seeley.

Besides the clinical approach, New Directions offers a holistic component that can range from rock?climbing and hiking to equine and art therapy and even drum circles.

Jackie Cummings has been working with addicts for 31 years since she cleaned up from her own heroin addiction in 1976. Today, as the manager of recovery services at the 10,000?member International Longshore and Warehouse Union of Southern California, she said she regularly sends addicted employees to treatment centers so they can regain their lives and jobs.

New Directions she said, is the only all?women program available to her for the nearly 20 percent to 25 percent of that membership who are women, and may eventually need to seek out assistance.
Kim Miller is the Manager of Womens Addictions Treatment Services at West Virginia?s Prestera Center, which for more than 40 years has provided substance abuse treatment as well as behavioral healthcare for thousands of area residents.

Like New Directions, Prestera?s Renaissance program offers specialized addictions treatment services for women who want a chance at a new life. They have 31 beds for adult women and children and treat about 100 other women on an out?patient basis.

?Providing gender?specific services is the most important thing we can do,? Miller stressed, especially for women who have experienced trauma and/or sexual abuse.

?They will not discuss this in the presence of men. And in mixed?gender programs there is no provision for child care. So, a mother is thinking, ?Where do my kids go while I go to group??

Programs for men are more confrontational, she said, ?because men are wired differently.?

Another women?s program in Asbury Park, NJ is Epiphany House, started by Sister Janet Christenson, a member of the Sisters of Mercy religious order, in 1989.

The similarly gender?specific program is focused on addicts who are homeless, or at risk of homelessness, and through the years has helped hundreds upon hundreds of families.

In a published interview, Christenson said she started the program with a $35 monthly stipend from her order until a $100,000 state grant allowed her to open Epiphany House in Long Branch. There, she applied what she?d learned from her own recovery to help others.

Among their success stories, is this one from ?Toni,? which is featured on the center?s Web site: ?Epiphany House is sort of like the Marines. It?s the hardest job you?ll ever love. It was hard and painful and it was safe and healing. Today my children are safe. I have a home and my home is clean. I?m working and I have the respect of my co?workers. I buy food without food stamps. It doesn?t get any better than this!?

?Yes,? agreed Marie, the New Directions alum, now a mother of two children: ?My life now is more than I could ever have imagined. I got it because I wanted it. Before, it was a dream. A fantasy. And a wish.?

But after learning what New Directions had to offer? Well, she said, it?s hard to describe.

?My parents are proud to have their daughter back,? Marie said. ?I have reconfirmed where I came from, and where I am today. I guess it?s like this: once you lose something, like yourself, you appreciate that much more being able to get it back.? 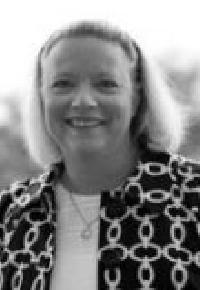