Xanax: A Quick Fix for Anxiety that Can Kill

Xanax is the drug of choice for doctors to prescribe for anxiety, which in recent years has resulted in turning even turning the best of moms into addicts. Xanax has also become popular among the 16- to 25-year-old crowd as a way of dealing with the realities of a harsh, fast-paced world. Many people use the fact that it is a legal substance to justify their use (if not abuse) of the drug. And they come to believe that they can’t get through a day without it. It’s often not until the prescription runs out and the detox symptoms kick in that the person realizes how dependent they are on Xanax.

Important Facts About Xanax
Xanax is classified as a Benzodiazepine in prescription medication. It is commonly prescribed to those who may have been diagnosed with P.T.S.D., anxiety disorders, or panic attacks, or who may suffer wide mood swings as a result of emotional trauma. A widely recognized contraindication with most Benzodiazepines, such as Xanax and Valium, is the relative ease with which a person can develop a tolerance for them, sometimes as quickly as one week after the first use.

There is controversy in the medical community, with some doctors claiming Xanax is not highly addictive. For those who work at a pain management clinic or drug and alcohol treatment center, the perspective can be very different: often, soccer moms emerge with Xanax addictions. It isn’t uncommon to see drug-seeking behavior at treatment facilities, while patients are becoming clean and sober, and still requesting Xanax after detox.

Though deaths are not often directly linked to abusing Xanax, when it is mixed with other drugs (such as the ones listed above), the combination often proves fatal. Another reality is the popularity among 16 to 25 year olds to combine prescription medications with other recreational drugs, which is now widely reported on college campuses throughout the United States.

Detoxing Xanax? Don’t Do It Alone.

Xanax can be deadly during the detox phase of recovery due to the sedative effect Xanax has on the brain receptors. The brain needs time to recover and re-establish healthy firing paths gradually, or the brain could misfire and result in a seizure. A heart condition known as Tachycardia can also result from a patient detoxing off of Xanax in a non-medically supervised environment.

As with any other substance to which your body has become physically dependent upon, Xanax detox should always occur under the care of a licensed doctor or nurse. Under their care, most Xanax abusers are put on a gradual taper, with their vital signs constantly monitored to protect the patient from a seizure or even death. Other typical detox symptoms may include: weakness, dizziness, insomnia, and in some cases, delusional thinking and hallucination; these symptoms can last for months.

Final Thoughts Regarding Xanax
While Xanax, when properly controlled, can be useful for those with P.T.S.D., panic attacks, and anxiety disorders, it is dangerous when it falls into the wrong hands. Therefore, it’s important to explore other, more holistic treatments for anxiety-related disorders, such as exercise, diet, yoga, and breathing exercises. 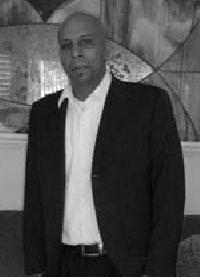