Addiction is a Moral Issue

The Need for Shifting Paradigms

Here’s an interesting scenario: While shopping in the local grocery store, located in a strip mall in the mid-Cape Cod area, I overheard a conversation between two women. They were talking about their neighbors who, tragically, had recently lost their 22 year old son to a heroin overdose. They were remarking about “kids these days” and “the drug problem on the Cape.” Each expressed opinions — mostly about who to blame — and sorrow. Unfortunately, neither expressed very much shock.

In the early 1990’s, the use of the term “six degrees of separation” was bantered about as an indication of how small our world had become. Today, however, my belief is that the “six degrees of separation” has become two. The salient feature of this phenomenon is the advent of the opioid addiction crisis. Without scientific data to back this theory, it is my belief that if polled, most people shopping in groceries stores (or anywhere for that matter) know of at least one family who have lost a loved one due to drug overdose.

Statistics are alarming and readily available from many sources including the Internet. There is no geographic area of the country unaffected and no socio-economic, racial, religious, age, gender, or cultural group is immune. The rates of unintentional opioid related overdoses continue to climb at unprecedented rates. Recently, in a brave attempt to raise public consciousness, some parents of children who have died of opioid overdose have elected to reveal their children’s cause of death in their obituaries which often read, “died tragically as a result from opioid overdose.”

These victims, whether neighbors, strangers, or celebrities, often have had treatment. Often they have had “clean time.” In recovery, the mantra about the disease of addiction is that it is “cunning, baffling and insidious.” Yet one tends to think, “why, after a period of being clean and or sober, would anybody use again and, especially, use enough to die?”

In the fall of 1997, having just completed a graduate degree in counseling psychology, I began my first post graduate position as a counselor in a long term residential treatment facility. “Long term” at that time meant a minimum of thirty days but could be as much as a year depending on ability to pay. Opioid addiction was just emerging at that time and, as with most treatment facilities, the standard treatment model used was a 12 Step, “one size fits all” approach. The staff was well trained and dedicated and for the most part the treatment outcomes, especially with the alcoholic women, were favorable.

There were, however, some notable exceptions. Within the first six months of working there, two female opiate addicts had relapsed while home on passes; one had died as a result. The staff was stunned. It felt like all the effort expended; the groups, the connections between the women, the love, the structure and resources offered had been for naught. In retrospect that observation was correct.

Having both alcoholic and opioid addicted women on my case load, I began to notice distinct differences emerging. The ability of a client to “get the program,” or achieve “the flip” as I always referred to it, was markedly prevalent with the alcoholics, but not so with the opiate addicts. For those who have either had their own “aha” moment, or have been blessed to witness it in another, it is palpable. It is the “miracle of recovery,” the ability to embrace a spiritual experience… the core of the beginning of the recovery experience. Some also refer to this early on as “the pink cloud.” I did not observe this same phenomenon with the opioid addicts.

Then it dawned on me. Here were two disparate groups. Both were suffering from addiction. Both shared the common desire to improve their lives and to be released from their addiction. One group (alcoholics) came to treatment anxious, depressed, poorly nourished and lacking self care. The other arrived desperate and in withdrawal. The alcoholics were detoxed from their drug of choice which was a depressant, fed some good food, allowed to gain some physical and emotional wellness fairly quickly, and voila! Pink cloud!

The opiate addicts, however, were detoxed and expected to respond the same way when, in actuality, they were just beginning to feel horrible.

In her novel THE GOLDFINCH, Donna Tartt’s protagonist, Theo, attempts to withdraw from opioids. He describes knowing from previous attempts to quit “that thirty-six hours in, with your body in full revolt, and the remainder of your un-opiated life stretching bleakly ahead of you like a prison corridor, you needed some fairly compelling reason to keep moving forward into the darkness.” And when he finds that the physical withdrawal, while difficult, is not “the rough part,” but rather it is “the mental stuff” which “was unendurable, a sopping black curtain of horror.” He continues: ”But depression wasn’t the word. This was a plunge encompassing sorrow and revulsion far beyond the personal: a sick, drenching nausea at all humanity and human endeavor from the dawn of time. The writhing loathsomeness of the biological order. Old age, sickness, death. No escape for anyone”. *

This passage graphically and powerfully describes what opioid addicts experience. And it is a protracted experience, not quickly or easily abated. Rather than a pink cloud, opiate addicts get to have a black cloud. Their “flip” may never happen or, as recent brain imaging testing indicates, may not occur for a greater length of time (at least one year). That is something that current in-patient treatment facilities (with rare exception and requiring out of pocket payment) do not offer.

such as methadone or buprenorphine, while limited to clinics and a handful of providers, continues to draw controversy and the efficacy of it is not the focus of this article.

The question is, if one accepts that the disease of opioid addiction requires an initial period of at least one year during which the patient needs to be in a safe, structured, residential environment, why is this protocol not in place?

The answer is, quite simple, money. Despite being defined as a “disease” with a medical model protocol of treatment and a history of medical insurance reimbursement for such, the current state of “managed care insurance” has a reimbursement rate of 3 days on average.

In the 1980’s substance abuse treatment was commonly a minimum of 30 days and there were many facilities where patients could stay much longer with a year being considered optimum. The erosion of this protocol has been itself “cunning, baffling, and insidious.”

Managed care was introduced under the Nixon administration with the HEALTH MAINTENANCE ORGANIZATION ACT in 1973. Nixon, (not President Obama and “Obama Care”), advised by Dr. Paul Ellwood, was the first “mainstream political leader to take deliberate steps to change American health care from its long standing not-for-profit business principles into a for-profit model that would be driven by the insurance industry.” (Wikipedia 8/3/15)

In September 1996, leaders from U.S. managed health care plans met in Mexico City to discuss business opportunities for extending their business internationally. Passed under the guise of attempting to “control costs,” the HEALTH ORGANIZATION ACT had instead provided “for-profit” insurance companies opportunities to cull from consumers profits that were previously unimagined. According to a paper delivered in June 2003 at the European Network for the Defense of Public health by Julian Tudor Hart, “the managed care discussed at that conference was industrialized care, managing each individual process or episode to minimize costs […]For the first time, it made U.S. doctors accountable to somebody other than themselves but not to the communities they served, but to for-profit corporations now closely linked to the state.”*

I remember vividly the day I visited my primary care physician and he explained to me why, under the “new managed care” my insurance company had initiated, he would only be seeing me once a year for a physical and all other visits would need to be “pre-authorized.” He further explained that the focus purportedly was to “keep patients well” and that, for accomplishing this, he would receive a “bonus” annually for NOT ordering tests or encouraging patients to seek expensive treatments. How is one to trust one’s physician knowing that his/her judgement and medical care decisions have been so ethically compromised?

And so it is that addiction has become a “moral issue.” Not the disease itself which has no attachment to “moral” or “immoral”, but rather the treatment of the disease of addiction.

The terrible, unimaginable truth is that people are dying. Our children are dying. Not from fighting overseas or from cancer or any of the other many tragic causes of death. They are dying from the greed of drug cartels, the “bottom line” big profits of insurance companies, the denial that exists in the medical profession that perpetuates the lack of adequate addiction education, and the general complacency on the part of the public to demand necessary changes as well as holding our public officials accountable.

To address the “opioid epidemic” in Massachusetts, Gov. Baker initiated an eighteen member task force which includes state Attorney General Maura Healey, Secretary of Health and Human Services, Marylou Sudders and others. They have released 65 recommendations in the areas of prevention, education, intervention, and treatment and recovery. The governor has pledged $27 million to target them. During the roll out of the plan, Sudders is quoted as saying “While opioid addiction is an urgent problem, it is also a chronic medical disease, not unlike diabetes or heart disease.”

Among proposals put forth also was a mandate to insurance companies (doing business in this state) to increase their coverage of their members seeking in-patient substance abuse treatment.

As a provider for one of these companies (one of the largest nationally), I received a “provider” newsletter dated August 3, 2015 alerting us that as of Oct. 1, 2015, in compliance with Massachusetts Chapter 258 (Acts of 2014 seeks to improve access to substance abuse use disorder treatment) “we will change our authorization requirements for medically necessary acute substance use disorder treatment services and medically necessary clinical stabilization services at an acute inpatient treatment facility FOR UP TO A TOTAL OF 14 DAYS.” It continues that the facility must notify the insurance company within 48 hours of the patients’ admission and that “WE WILL INITIATE UTILIZATION REVIEW ON DAY 7 OF ADMISSION.”

This translates to a total of two weeks stay with staff needing to begin, in writing, the “measurable outcomes” justifications to hold the patient in treatment. There is an expression among professionals who have worked in treatment facilities related to this: “The charts are getting great treatment….but the patients?”

Yes, addiction is a disease and as such the disease itself, or having it, is not a moral issue. But, to allow the status quo to continue and to be witness to the ever increasing incidence of addiction without proper, effective treatment protocols, is a moral issue of the gravest magnitude. We have allowed the corporate culture to determine our moral compass as a society in many ways, not only with health care. However, until long term residential treatment is once again the standard and not the exception, we will continue to suffer the quite immoral consequences. 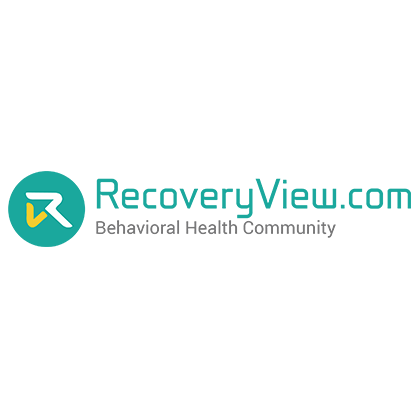