EMDR as an Ideal Treatment for Addiction


This paper is based on a lunch and learn presentation sponsored by Bridges to Recovery and Solid Landings.

EMDR (eye movement de-sensitization and reprocessing) was developed by Francine Shapiro in the late 1980s.   Research has shown that any bilateral stimulation of the brain is therapeutically effective so methods have expanded from eye movements to sound, vibrations, and tapping.  While EMDR was originally used as a treatment for ‘big T’ trauma, it is now utilized for any issue a patient might bring to psychotherapy—‘small t’ trauma accumulation which is actually more difficult to treat than ‘big T’ traumas like war.

The etiology of addiction is believed to be due to three major factors:  genetic predisposition, trauma, and access.  Any one of these three makes one vulnerable to developing an addiction.

If trauma is central to addiction, logic informs us that an effective trauma treatment is essential for the patient to recover.  Patients suffer an accumulation of ‘small t’ trauma, i.e. developmental failures such as incidents of attachment difficulties or mis-attunements with caretakers or what I call ‘birth traumas.’ Birth traumas include but are not limited to adoption, unwanted birth or gender, death or emotional loss of the mother as well as ‘big T’ trauma like physical and sexual abuse.

In addition to developmental failures, many modern pathologies are rooted in deficits, i.e. experiences the child did not have but needed or wanted.  Twelve step work and treatment modalities that rely on left brain, or narrative memory, cannot access what didn’t happen but should have happened because there is no cognitive memory.  Talk therapies can access deficit states but it takes quite a long period of time for the therapist and patient to build the trust required for these states to manifest for exploration.

EMDR has distinct advantages over both.  First, EMDR works neurologically.  Patients remain protected by their own healthy psychological structures rather than by the trust between them and the therapist so early formative losses will be accessed earlier than in talk therapy.  EMDR can be likened to modern laser surgery while talk therapy to older surgeries that were more dangerous and required lengthy hospital stays and recovery time.  Second, because of its non-reliance on narratively remembered events, EMDR can access memory before age four to five, and deficits experienced in the somatic or emotional states of unmet needs:  the chronic longings and disappointments that were experienced wordlessly by the baby or child.  Patients often do not have words to describe their distress, and EMDR does not need verbal accounts in order to be curative.  Patients only need to honestly report awareness of their internal experiences, namely:  thoughts, mental pictures, feelings, or body sensations.  They may experience any one or all of these.

EMDR is perfect for treating sexual abuse victims because these patients do not have to tell the therapist what has happened to them or what they are experiencing during the treatment because they feel ashamed or embarrassed.  The EMDR therapist has other ways of ensuring that the therapeutic processing is occurring.

Third, EMDR works exceedingly well with patients who are averse to the time commitment necessary to do developmental work in talk therapy or those who are not especially psychologically insightful, introspective, or emotionally aware; skills necessary for successful talk therapy.  In talk therapy, emotional numbness is understood as a defense against ‘real’ feelings, so it requires doing the rudimentary work of teaching these patients how to identify and label the feelings ‘underneath’ the numbness.  In EMDR treatment, numbness is treated as a valid feeing, part of a memory state.  Numbness itself is the access point of developmental/attachment failures, deficit experiences, and traumatic events.

Many addicts are caught up in slipping cycles:  brief periods of abstinence and return to use.  They might be abstinent for a few days, weeks, or months; attend twelve step meetings, reach out to others in recovery, and comply with treatment.  They may have lost family support, jobs and income, health, or face serious legal problems; perhaps jail time.  They are at their emotional and physical weakest, facing overwhelming consequences and without new coping strategies.

Addicts have caused serious damage to themselves and others and experience great shame and guilt about what they’ve done.  On top of shame and guilt, they are terrified.  In desperation, they self-medicate and use again, becoming more demoralized.  We’ve all witnessed such patients.  This slippery population often gets increasingly cut off from help when it is these groups that most needs help.  In twelve step meetings, although “the newcomer is the most important person,” ‘chronic newcomers’ can become the least.  People who fail to put together any recovery time often begin to receive less support because they are ‘not working a good program.’  They are not ‘the winners’ with whom members are advised to connect.  Literature read at the start of almost every twelve step meeting declares that some people are, ‘constitutionally incapable of being honest with themselves.’ That is AA’s explanation as to why they are unable to attain recovery.  The patient is blamed for the negative response to treatment.  In medical treatment for other illnesses, providers question the treatment method and alter it until the patient has a positive response.  Lack of success is seen as a treatment failure; not a patient failure.

Some rehabs deny multiple admissions for fear they are enabling the patient, becoming a revolving door in which the patient detoxes only to return to use.  We can inadvertently fail this slippery population because we have nothing else to offer them.

These patients are doing the same thing over and over again and they’re failing.  Hopelessness sets in.  They can become stranded, perhaps cut off from the new support they’re rapidly trying to build because they’re viewed as failures there, too.

Brief EMDR can be highly effective with this population.  In a few sessions, EMDR can neutralize the shame, guilt, and fear of living in the consequences of using.  EMDR helps patients tolerate their feelings because it quickly lowers emotional intensity, mobilizes healthy, adaptive capacities and then hope replaces despair.  With the bare beginnings of hope, patients experience the self-esteem acquired by the clean days they accomplish and the recovery efforts they’re making.  Now the recovery tools they’ve learned begin to work.

(to be continued in the next issue…..) 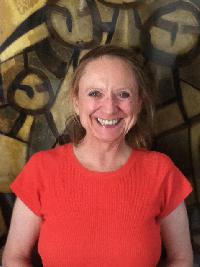