HerbK: Personal transformation around the world through 12-Step workshops

Herbert Kaighan, a 12-Step enthusiast and RecoveryView.com contributor, has been activating the spirit of recovery in people since the 1980s. His workshops have gone international and for over 20 years. He has enjoyed seeing progress with recovering alcoholics, drug addicts and people struggling with many other addictions, from a variety of countries.

Mr. Kaighan goes by “Herb” or “HerbK” and has made his experience of recovery available to people via workshops, presentations, retreats and even free online resources. After getting sober in 1984, he was personally taken through the Steps laid out in the Big Book “Alcoholics Anonymous.” He experienced a profound spiritual awakening: a change in the way he thought, felt, and especially the way he behaved; and he was very aware this had been done to him not by him. After helping people one-on-one for several years, in 1996, he created year-long, weekly workshops for groups of people (addicts and non-addicts) to experience how the 12 Steps could transform their lives.

A few years later, he added phone workshops for people in Australia.

“When I saw that the phone workshops worked just as well as the on-the-ground workshops in the US - and even almost as well as one-on-one application - I decided to continue.”

Some people in the United Kingdom caught the spirit and naturally, Herb opened up another series for them. Soon after, people in several parts of North America began requesting remote workshops, too. Three years ago, one of the year-long telephone workshops was recorded and placed on his website – www.herbk.com. Anyone can access and download the 53 recordings free of charge. That’s right. Completely free of charge.

Seeing Herb in action as a recovery presenter, teacher and retreat facilitator, it becomes clear why he is sought after. His humility, kindness and knowledge of recovery help him to align with those people seeking inspiration for a better life, regardless of their background.

In recent years, many other modalities for recovery have cropped up, but Herb says nothing seems as effective as the 12-Step methodology.

“So far, nothing has a higher probability of bringing about successful recovery than the 12 Steps. But, of course, there are many paths to recovery.”

Herb points out that there are several programs offering modified versions of the 12 steps like certain Christian paths (Celebrate Recovery), non-religious efforts (Smart Recovery) and current psychology/therapy (which leaves out “the spiritual part”). But he says that “it is important to be a part of a program which focuses on direction from a power other than my own.”

This “power” may be higher self, human spirit, or Holy Spirit. “The story about source of power really doesn’t matter. It’s just important to be a part of a program that focuses on a power other than one\'s self,” he says. This is the magic “silver bullet” of 12 Step programs – there is NO DOGMA. A person does not have to BELIEVE anything; however, the program does suggest the person DO some things! This concept resonates with people who are familiar with the Big Book. They know that admitting “powerlessness” is the first step to successful recovery — taking the suggested actions of the balance of the Steps is the crucial follow-up.

Another important aspect that Herb emphasizes is relationships. He says one’s relationship with God/Higher Power, self, and others – with direction from a sponsor or step guide – are essential factors in recovery.

“There are a lot of moving parts to addiction and recovery,” says Herb referring to the complicated nature of the disease as well as an individual’s willingness to recover. “But the formula involves connecting to recovery. I was helping a 24 year-old person who had previously been to eight treatment centers. He suffered in many ways. His family suffered. But when he came in for treatment this time, it seemed he had caught the wind. He said he was tired of suffering, stopped resisting and now was finally ready and willing to take direction.” He had broken the code for successful recovery!

Herb feels that taking direction can only come about when one admits powerlessness. “It’s about letting go and admitting a certain need for something beyond one’s own knowledge and power.”

In addition to walking people through the steps, Herb’s presentations also address Forgiveness, Emotional Sobriety, Meditation and Sponsorship. When discussing sponsorship, Herb encourages finding somebody who has real knowledge and experience of recovery. He describes this ideal sponsor as one who is compassionate and shares the experience – basically, one who does not assume teaching or parenting roles.

“A good sponsor is one who acknowledges that he is just another person with a similar problem. He will help with a certain amount of humility, and will not be focused on being right or ensuring obedience. He will understand the human frailties of this process.”

Herb went on to say, “Most people (not just addicts) are well-intentioned but self-obsessed. That’s the nature of human spiritual malady/unmanageability. The root of our problem is selfishness-self-centeredness, but we can grow beyond that.”

Herb gathers his inspiration from Bill Wilson who stated in the Preface of the Big Book 1st Edition, “we are sure that our way of living has its advantages for all.” While Herb’s workshops are focused on people recovering from substance and/or process addiction, he makes it clear that his workshops are open to everyone who wants a spiritual awakening. This IS the promise of Step 12. 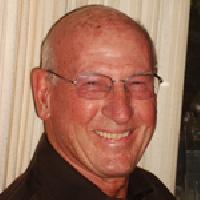