Innovations in the Treatment of Trauma

March 13, 1993: In the darkness of my bedroom I could hear my phone ringing. I reached for my glasses and stared at the clock. It was just after 7 a.m., but somehow it seemed so dark in the room. I grabbed the phone and answered in my most professional voice. In response came a hysterical barrage, prompted by the impacts of Super Storm ’93. As I rose from the bed and pulled back my curtain, I was met by a wall of white – a snow bank now blocked the majority of the view out my sliding glass door. I strode through my kitchen and into my solarium, now darkened by several feet of snow on the roof, but providing a plentiful view of my 19 acres covered in snow, crosshatched by more than 30 trees felled by the overnight storm. The voice that came over the line shrieked louder, returning my attention to the problem at hand: Chattanooga, whose climate is much more like San Diego for most of the year, didn’t have the resources to manage real snow, so whether or not I was willing, there was no way for me to get to the office. The panicked patient phone call was an indicator of both how attached my patients had become to me as well as a reflection of the limits of the therapies I was using at the time.

Trauma is a multifaceted demon that sucks the capacity for life from a person, one region at a time. Recovery from trauma requires a therapy protocol that attends not only to the mind, but to every piece of the fabric of who we are. Trauma recovery demands techniques that impact body, emotion, mind and spirit. And whether or not you have a specific faith, or worship at all, the treatment of trauma survivors mandates that you not only have an active connection to something that is greater than us all, but also requires that you can hold space for the client who feels abandoned by God, Source, Spirit, High Power – or whatever name you choose to use.

When the arrogance of graduate school wears off and you finally feel overwhelmed by your clinical work, you might begin to consider that multimodal toolkit. And, as you begin to treat those with mood disorders and addictions, you’ll grow closer to that village idea. When you lose your first patient to the rigors of trying to stay alive one day at a time, you’ll cross the threshold into ways of thinking you might never have considered before.

According to Sack (2012), who reports on a recent study published in Alcoholism: Clinical & Experimental Research, a history of childhood neglect or sexual, physical or emotional abuse is closely correlated with the development of anxiety, depression, addiction and suicidality.

Rates of historical physical abuse are reported to be as high as 24 percent for men suffering from alcoholism and 33 percent for female alcoholics. The rate of sexual abuse history among those with alcoholism is approximately 12 percent for men and 49 percent for women. But, most of us realize that trauma comes in many forms, not just physical, emotional or sexual abuse. The article in ACER cites a study of children who attended school near Ground Zero, suggesting that the more trauma-related factors the children experienced, the more likely they were to use drugs and alcohol. According to the study, children with three or more exposure factors were 19 times more likely to increase their use of drugs or alcohol.

Research suggests that trauma is associated with a range of unhealthy efforts to cope, not just with alcoholism and addiction. Even the Adverse Childhood Experiences study conducted with Kaiser Permanente patients indicates that those with a history of trauma also struggle with overeating, compulsive sexual behavior and other types of addictions. In their study, children with four or more adverse childhood experiences were five times more likely to develop alcoholism and 60 percent more likely to suffer from emotional and/or disordered eating. Boys who had experienced four or more of adverse experiences were discovered to be nearly 50 times more likely to become IV drug users than their peers.

Much of what I do in my practice is now standard of care: assessing for physical, biochemical and hormonal issues to address, evaluating cognitive function and distortion, analyzing the social support network, identifying resources and reviewing the psychosocial history. Common practice includes referring a trauma client to a team of healthcare providers, including a physician, acupuncturist, massage therapist and even a Reiki Master. You might even remember to ask about a client’s faith, or to recommend pastoral care, but how often do you really focus on that? If you were raised in a religion different than that of your client, do you even dare converse about their views? If you’re not religious, can you talk about God?

Over time, and through hundreds of phone calls like the one mentioned in the first lines of this article, I learned that I cannot treat a trauma survivor without being able to have those conversations. I’ve learned that despite my willingness to do so, and an unending supply of desire to facilitate the healing process of my clients, I am human. In order to uplift the human spirit, what is required is a source of energy so great that it can carry that broken, fragile core into a space where it can be restored.

As a trauma psychologist, I trained in a number of different models, one of which was Prolonged Exposure Therapy, or “Flooding.” Edna Foa (1991, 1999) originally developed this technique in the 1990s to address the symptoms of those suffering from resistant PTSD. Foa’s PET protocol incorporated three modalities. During the course of approximately 12 sessions, a clinician would provide:

However, I have come to understand that there are limits to what PET provides, especially to combat veterans. For those who cannot tolerate reliving the event, during which they feel as isolated and helpless as they were in that moment, or series of nights, days, weeks, months or even years, PET offers little assistance. Those trauma survivors do not return for further treatment, but rather self-soothe or self-medicate in ways that distract them from the revisitation of their personal apocalypses. They look for ways to deaden their memories, or at least to numb their responses to the memories they cannot seem to dislodge from their brains.

After 27 years of treating combat veterans, getting an MA and a PhD, training for five years as an Emotional Intuitive, and even after becoming an Ordained Minister, I’m not sure I know what the perfect protocol for the treatment of trauma is, but I have been able to develop strategies that work far better than those I’ve learned along the way. Perhaps, because my protocol takes into consideration all of the areas impacted by trauma, and the core issue that lays at the very foundation of traumatic experience: that of human abandonment at a time when comfort and connection is mandatory.

Modified Intuitive Prolonged Exposure Therapy (MiPET) is based on the concept that our ability to survive, and later to thrive, following mind-altering trauma, depends on our connection to something greater than ourselves. Unlike Foa’s PET, a survivor does not relive his or her trauma while a therapist listens faithfully. In the MiPET protocol, the clinician willingly and intentionally travels back in time with the client to the traumatic event, to bear witness for the atrocities committed against that person.

Not adept at time travel, you say? Didn’t take that course in graduate school? Well, whether or not you truly feel capable of energetically travelling back in time with your client, you would be surprised at how many of your trauma survivors are willing to take you back with them, if you allow it.

Using some of the same general principles proposed by Foa, a clinician need only encourage the client to breathe deeply, and to allow their minds to move back through time, alighting on the day (or year(s)) during which the trauma was experienced. But, before encouraging the client to move even a single step further, remind the client that you are just a few feet behind them, unable to change the events which are occurring, but bearing witness to what is happening. Remind the client that because you have travelled back in time without your body, no harm will come to you as you witness the events. Then, allow the client to describe the events in detail as they happen, encouraging the experience and expression of emotion that, while likely unavailable due to danger at the time, is now perfectly reasonable. When your client has been able to move through the traumatic episode, have him or her take a deep breath and travel forward through time to a seat in your office and divert their attention to your eyes. Have them breathe deeply while they ground in the current experience, and encourage them to rub their hands together or tap their feet on the ground. If they require further grounding, have them alternate from looking into your eyes and looking at a lamp or other light source. Offer water, or even food, as both further enhance emotional grounding.

This simple technique, used repeatedly, diminishes a client’s sense of being abandoned in his or her time of need. However, given that you can’t guarantee that you’ll always be available in a client’s time of need, MiPET encourages eventual transition to an even more effective witness to the trauma. As a client’s symptoms begin to diminish during repeated recollection of the trauma, you can incorporate the client’s spiritual beliefs or foundations (as long as they support the client’s recovery). As you move back in time and alight at the time of trauma, encourage the client to look behind them at rays of sunlight, or if they have a more traditional Christian belief system, at the vision of God, Jesus or Mary. For those for whom vision is not a primary sensory modality, try incorporating the sense of embrace, or of spoken words of reassurance emanating from their Higher Power. For those who continue to struggle in their relationship to Source, stick with a more pantheistic theme (e.g. incorporate the strength of Mother Earth below their feet, waiting to consume all the tragedy that they have experienced so that it can be recycled and new life can spring forth).

As symptoms resolve even further, you can prompt the client during his or her MiPET sessions to generate his or her own narrative about what supports him or her in the hour of greatest need. Have your client teach you the story that s/he has come to know as healing, regenerative and restorative. When the client is able to move back and forth through time freely, maintaining that relationship with Source, feelings of abandonment and panic will give way to resignation, understanding and eventually compassion.

And, in the end, survivors will thrive through the knowledge that although the past may have shaped them, in need no longer define them. 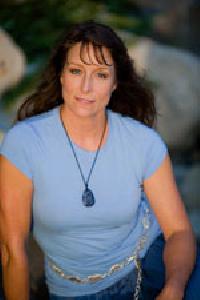 In the depths of despair, I chased the booze with a bottle full of valium. I wished for something,...

With the advent of the holiday season, many people experience more than a little overwhelm. This...